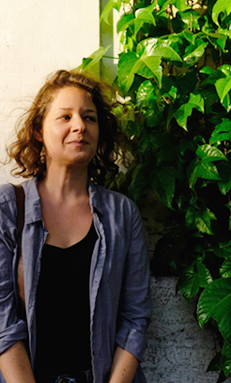 Sarah Moses’s writing and translations have appeared in various print and online journals, including Asymptote, Brick, Event, and Harper’s Magazine, as well as in the anthology Bogotá 39. Her co-translation of Ariana Harwicz’s novel Die, My Love  was longlisted for the International Booker Prize, among other awards, and Tender Is the Flesh by Agustina Bazterrica was recently published in her translation in the UK and the US/Canada. She is currently working on Camering, a collection of Fernand Deligny’s writings on cinema and the image, and Death by Water, a volume of poems by Alberto Manguel.

Sarah edited the anthology Hija: Literary Daughters in Argentina for Palabras Errantes and is Asymptote’s Editor-at-Large for Argentina.

Originally from Toronto, Sarah spends part of the year in Buenos Aires.